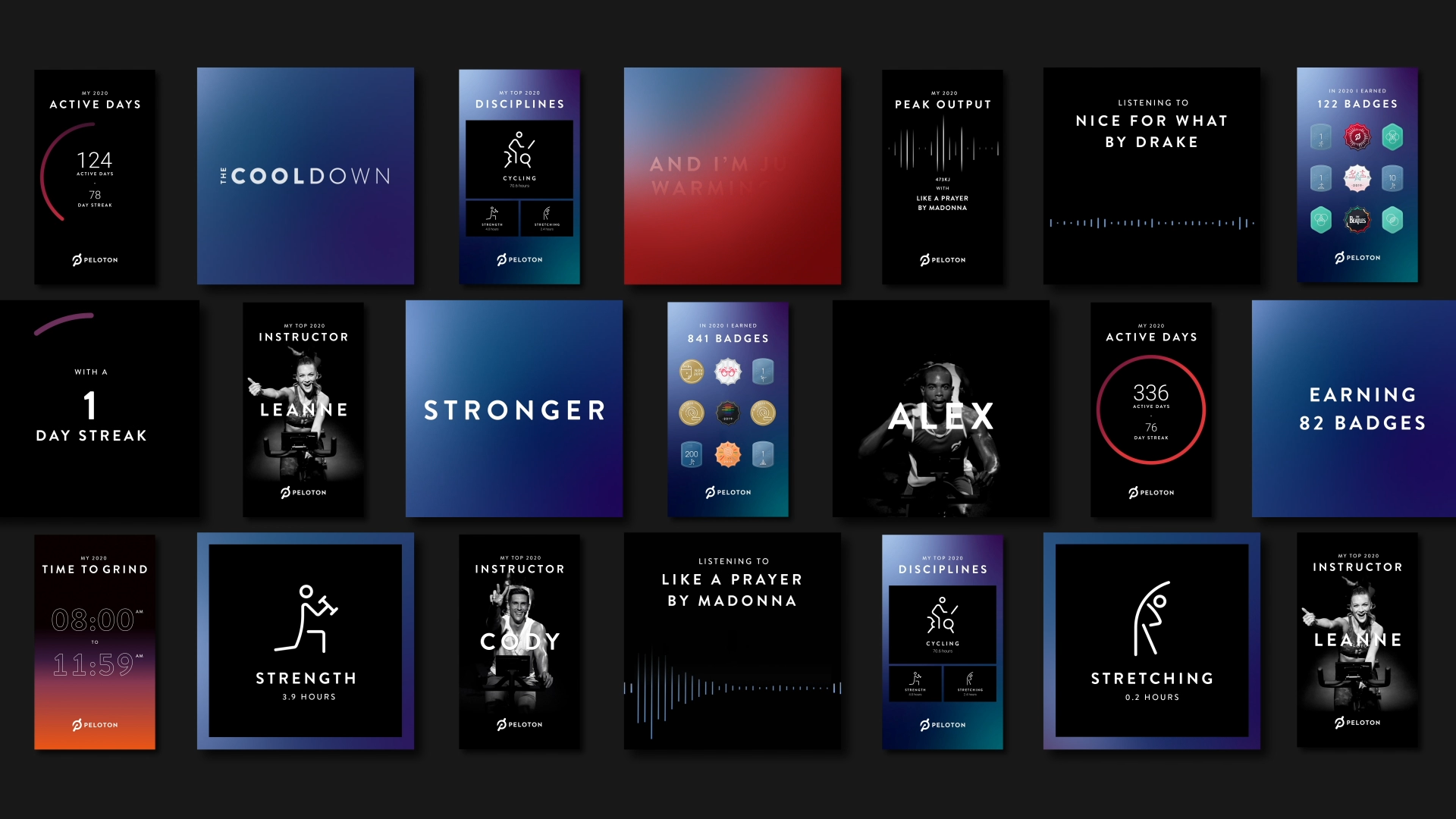 I was REALLY excited to be given the opportunity to animate Peloton’s 2020 year in review film. This snappy little animation was integrated with code developed by Stink Studios’ in-house team and was fully customisable depending on the users’ individual statistics. Over 4 and half million individual films were made. Ride on!